In 1914 Stanislaus Fournier purchased a door-to-door funeral contract business, The National Funeral Association. He then sent his youngest son, Arthur V. Fournier to school to be a licensed funeral director and embalmer, and founded The Fournier & Fournier Funeral Home. Shortly after his other two sons Ovila and Hector joined the family business. The Funeral home was originally run as a storefront business, with wakes and funerals held in the family's home. A tenement on Cumberland Street was purchased in 1921, which is the location of the present Funeral Home. In 1937 the building was renovated to include visitation rooms, and the wake was moved from the private home to the Funeral home.

Arthur became the sole owner of the Funeral home in the early 1950's and was joined by the second generation, two son-in-laws, Robert E. Darling and Robert G. Rock, and a nephew Roger H. Fournier.

The Fournier & Fournier Inc. Funeral Home has remained a family run business for over 100 years. The third generation of the Fournier family is now at the helm and continues to serve their families with the same compassion and understanding that preceded them. 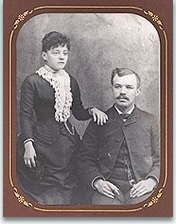 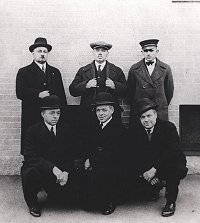 The caring and experienced professionals at Fournier & Fournier Funeral Services are here to support you through this difficult time. We offer a range of personalized services to suit your family’s wishes and requirements. You can count on us to help you plan a personal, lasting tribute to your loved one. And we’ll carefully guide you through the many decisions that must be made during this challenging time.

You are welcome to call us at any time of the day, any day of the week, for immediate assistance. Or, visit our funeral home in person at your convenience. We also provide a wealth of information here on our web site so you can learn more from the privacy of your own home.

A year of daily grief support

Our support in your time of need does not end after the funeral services.  Enter your email below to receive a grief support message from us each day for a year.  You can unsubscribe at any time.